The Cinemar marine film cycle is an initiative by Marilles and Fundació Sa Nostra. It consists of a monthly screening of films with the sea as a theme, to inspire and promote awareness of the existing problems and possible solutions to preserve the marine environment. Screenings are followed by a discussion panel and a debate with audience participation.

To date, Cinemar has shown Out of Plastic, a documentary by Line Hadsbjerg about the impact of wasteful consumption of plastic in the Balearics;Let’s Save our Mediterranean, by National Geographic; Chasing Coral,which illustrates the impact of global warming on coral reefs, and an episode of the BBC series Blue Planet. 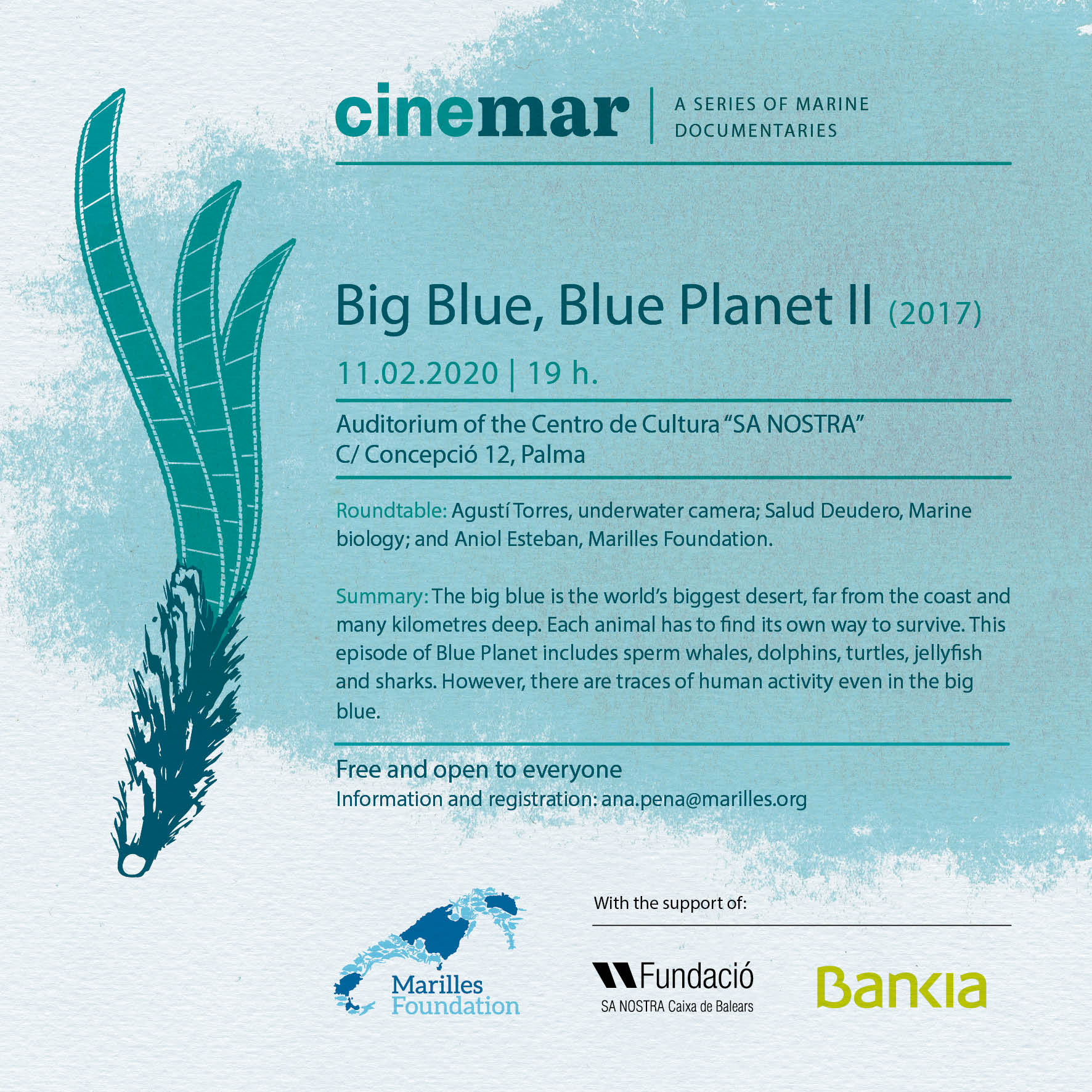 We fund conservation projects throughout the Balearics. Most are run by other non-profit organisations and local charities. But we are always open to ideas: if you have one, come and tell us.