Pen Shells: will it survive?

The fan mussel or pen shell is a well-known mollusc in our waters. Years ago, many giant nacre, Pinna nobilis (noble pen shell or fan mussel], were often seen in the Balearic Sea. Sadly, no more. The 2016 mass mortality of this species put scientific teams and the public on their guard. The remaining live nacre were taken to the Cabrera National Park, but what has been done since then? What is the current situation?

Many people contributed with photographs and information, especially as part of the nacre project of the Observadores del Mar (Observers of the Sea) platform. Are you one of those people? Do you know what has been done with this information?

In addition to Pinna nobilis, there is another species, Pinna rudis [rough pen shell or spiny fan-mussel], the great unknown. Do you want to know more about it?

If you want to know the answers to these questions and find out what you can do to help preserve the nacre, come to the talk La nacra: sobreviurà? [Nacre: Will it survive?] on Friday, 23rd September, at the Cabrera Archipelago National Park Visitors Centre at 18.00h.

Free and open to the public. Registration: https://bit.ly/nacra-cabrera 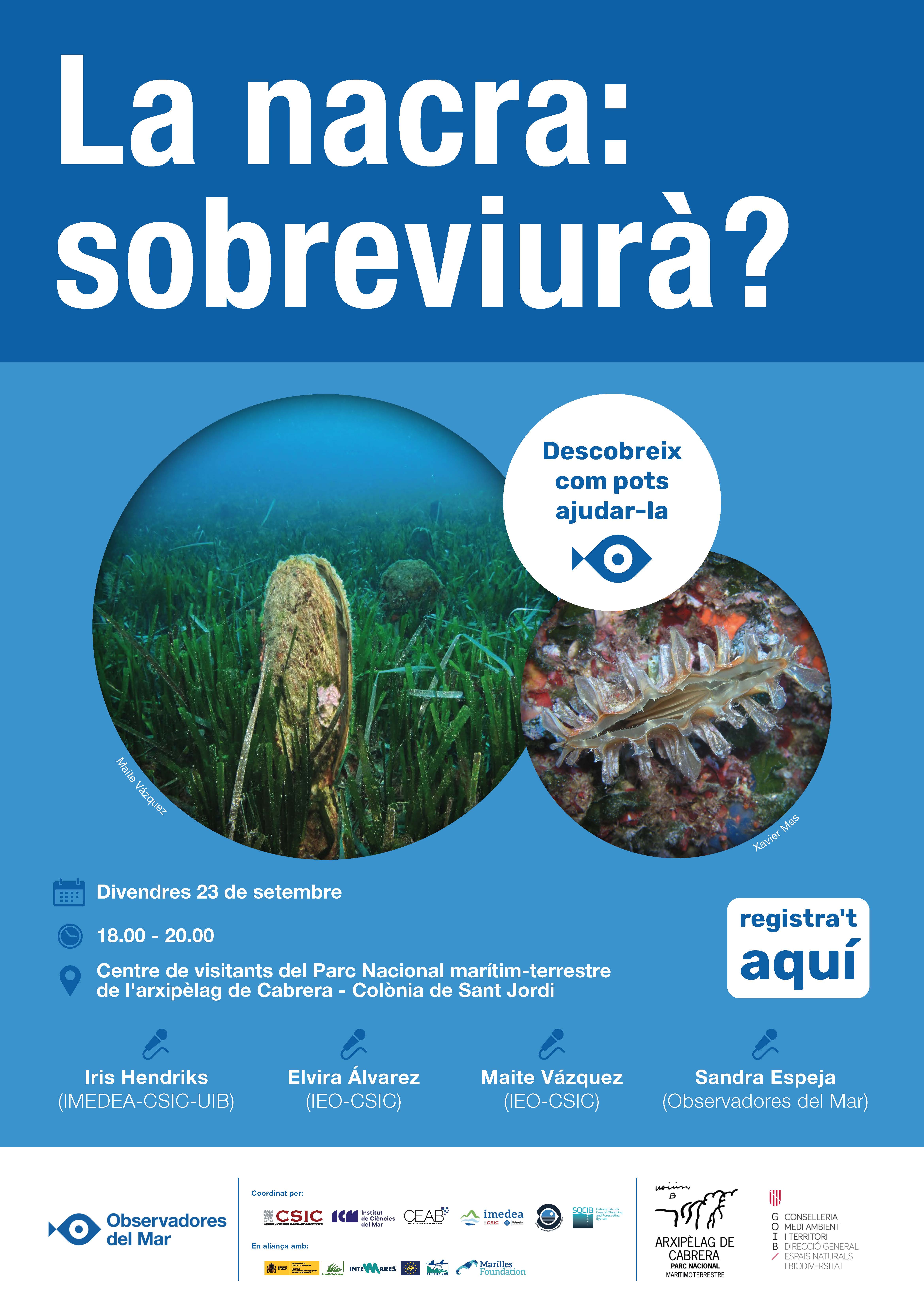 The best Balearic initiatives in waste prevention and responsible consumption.