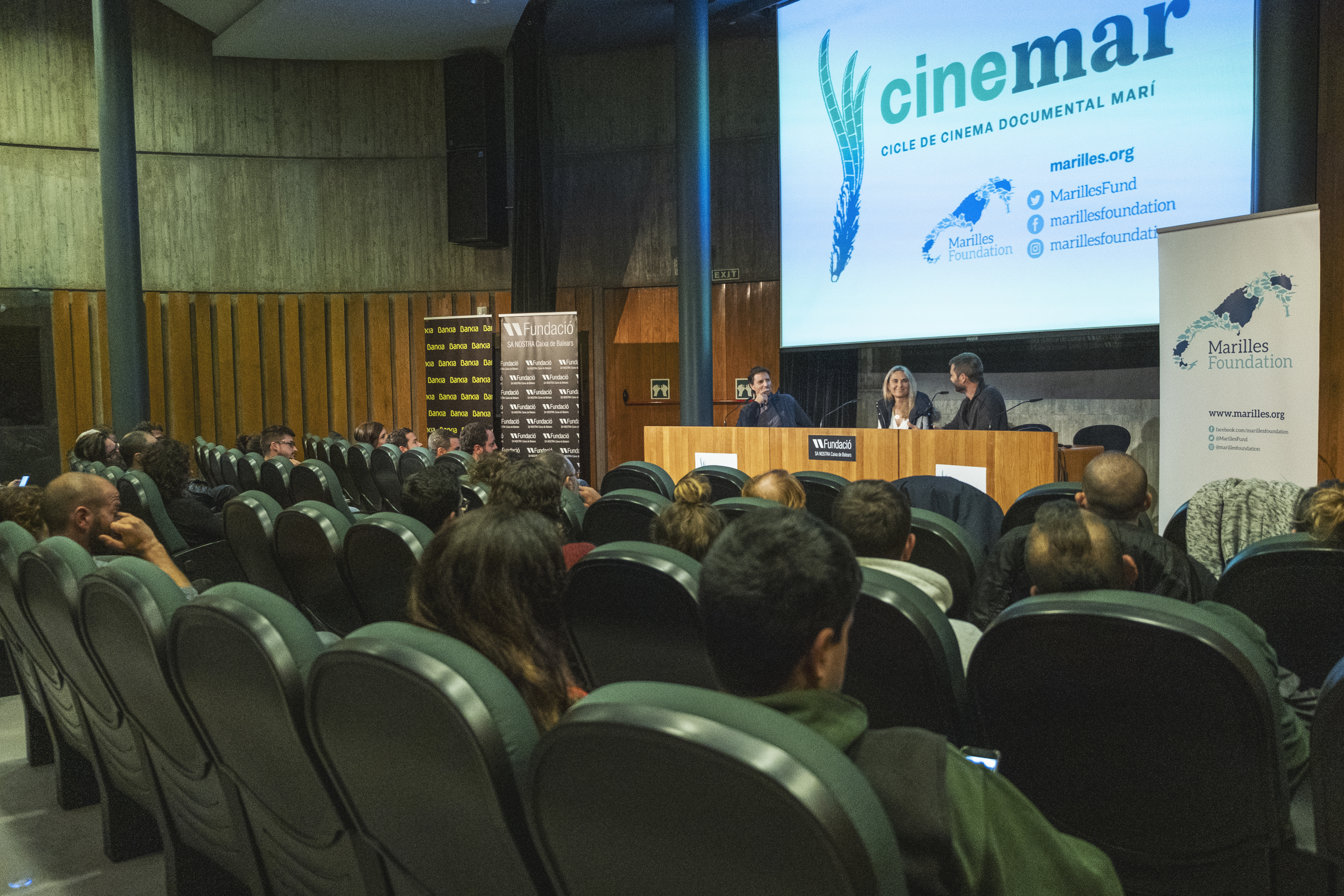 Cinema that brings the sea closer to people and creates debate

Cinema that brings the sea closer to people and creates debate

More than 100 people attended the fourth session of Cinemar last night, the marine documentary film cycle of the Marilles Foundation.

Panelists and the audience touched  several topics including plastic pollution, the likley extinction of the fan mussel and the need to protect sharks, among other issues.

Marilles and Fundació Sa Nostra have renewed their collaboration to continue with Cinemar until the end of the year.

The Sa Nostra de Cultural Center in Palma hosts a monthly event including screening of a marine related documentary followed by roundtable with experts and Q&A with the audience. The goal is to raise awareness about challenges to marine conservation and solutions to overcome them. The events are free and open to all publics.

Last night the Big Blue episode of the BBC series Blue Planet II was screened at the fourth Cinemar session. The documentary, narrated by David Attenborough, shows the live of animals that live in the open sea far away from the coast such as sperm whales, dolphins, turtles, jellyfish and sharks; and the challenges of living in the largest desert in the world: the great blue.

After the screening, Aniol Esteban, Marilles director, posed a few questions to the expert panel formed by Agustí Torres, underwater camera, and Salud Deudero, biologist and marine researcher. Both reflected on the complexities of shooting such a spectacular documentary and the time and money that are needed to succeed. 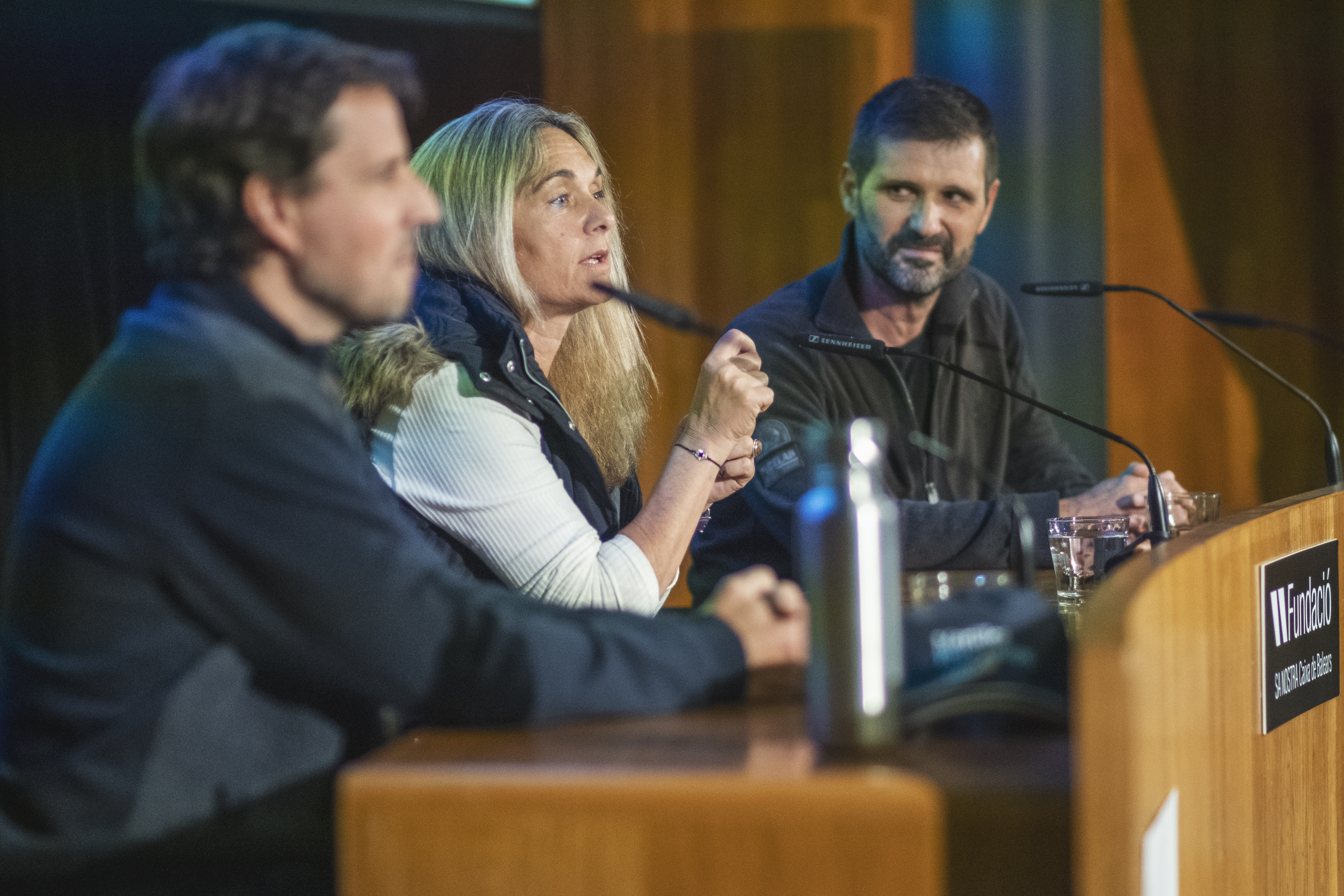 Aniol Esteban, Salud Deudero and Agustí Torres during the roundtable.

Agustí Torres has filmed for several programmes on research and conservation both at sea and in land, travelling throughout the world but also with a strong focus in Balearics. “Cinema and science should go hand in hand. Underwater images help bring the sea and scientific research closer to people” declared Torres. He introduced the Shark Med project he’s been involved for the past three years which has allowed him to record images of blue sharks in the Balearic Islands and highlight the threat they face from pelagic long-liners. Yet, he concluded with a message of hope recalling that “In the 80s and 90s it was disappointing to dive in Mallorca but marine protected areas and international agreements have helped the sea recover. This summer, I swam in a shoal of large bluefin tuna where I have always dived, something unthinkable a few years ago. ”

The event coincided with International Day of Women in Science, in which Salud Deudero, former director of the Balearic Centre of Oceanography has taken part. Salud told us about her work studying the impacts of plastics on marine species and ecosystems.

Deudero said that “The action of man is changing marine ecosystems. I have gone from researching fish to studying plastics ”and recalled that “Investing in scientific research is essential for the conservation and regeneration of the sea; and that in order to study the sea you have to dive and be in touch with it”.

As in other sessions, the public actively participated in the debate with questions and input from several experts present in the room. “Cinemar gets people closer to the sea through the power of images while taking part in a lively and open debate with all sectors of society. Images and debate are two key ingredients to move towards the conservation of the Balearic Sea" says Ana Peña, head of communication at Marilles Foundation.

Cinemar has celebrated four events so far. It was launched in October 2019 with Out of Plastic, a documentary by Line Hadsbjerg on the impact of plastic in the Balearic Islands; and continued in November with National Geographic documentary “Let’s Save our Mediterranean”. Last January we screened “Chasing Coral” a powerful film about the impacts of global warming on coral reefs. Last night Marilles and the Sa Nostra Foundation announced their commitment to extend CineMar for the next months.

Roadmap to a healthy ocean